You've seen them. Heck, you might even be one. Those super moms who whip a sanitizing wipe from their purse and clean off every inch of the grocery cart before putting their kid in the seat. Those moms who always have a travel sized bottle of hand sanitizer at every public outing. Equipped with alcohol swabs and antibacterial soap, these germ warriors battle against E. coli and conjunctivitis left on the monkey bars and door handles. I am not one of those moms and they know it. I've received "looks" from sanitary moms when I plop B into the cart without hosing it down first with gel. I know I don't come across as a "clean" mom when another mom raves about her Avent iQ24 Bottle Sanitizer unit and I interrupt her with, "Wait, you're supposed to sanitize baby bottles?!" No, folks, I am not a "sanitizer" mom. I'm not saying I don't admire sanitizer moms. It's just that I feel like I should want to be one even though I don't want to be one. How's that for parental guilt? I hate the feel and smell of hand sanitizer gel. It also doesn't help that I always forget to pack the sanitizer products I do own.

I like to clean the old school way. I am "suds" mom. I am a firm believer that a good scrubbing with soap and water will wash away those nasty little germs and bacteria monsters. Oh and I love hand washing. I love ordering my kids to wash their hands. My favorite game to play with the kids is called, When Was The Last Time You Washed Your Hands? I bet I could make that into a television game show. You would win a prize if you could accurately recall the last time you washed your hands. Alex Trebek would host it. 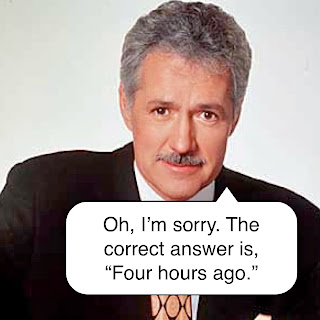 I know there are people who will argue that I am risking major illness by not chemically cleaning my kids' hands or communal objects they touch. In my defense, my girls get the same amount of colds, if not less, than the sanitized kids I know. If my girls were always fighting colds, I'd consider launching chemical warfare. Until then, I'll keep using my plain ol' soap.

This is not to say that I don't fear germs. I do. But only in two places. I try everything in my power to avoid these dark, dangerous, and most deadly places on earth. I fear and loathe B&B's. Bed and Breakfast? No... Bathrooms and Buffets.

Before kids, I would either "hold it" or only stop in the nice public bathrooms. After kids, especially after the kids are potty trained, the "hold it and wait for the optimal public bathroom experience" is no longer an option. When a child in the potty training stage tells you they have to go, you drop everything and go, unless you want to be the reason for clean up on aisle five. It isn't until you run into the bathroom, that you realize you've just entered a biohazard room. There's no turning back. You have made the commitment to potty train your child and "Ew! This bathroom is yucky, honey. Let's wait until we get home" ain't going to cut it. Honestly, this is when I wish I had sanitizer wipes in my purse. Or a hazmat suit. I can already hear the sanitizer moms saying, "See! I told you so."

I know moms who plan errands around bathroom breaks. My mommy pal of two young daughters, O, admits that she would rather drive 10 minutes out of her way to shop at a store with cleaner facilities than walk a few blocks to a store with unkept facilities. Another friend of mine kept potty chairs in the back of her van, so the kids could use those instead of the public bathrooms. I make my daughters raise their hands above their heads when we enter a public bathroom. They are not allowed to touch ANYTHING while in there. I wrap the toilet seat with toilet paper, place them on the potty, use my foot to push the handle to flush, and open the door lock with more toilet paper. Even though the girls never touch anything while in the bathroom, I still make them scrub their little hands. I'd make them take a decon shower if one was available. I hate public bathrooms.

There are two reasons why I don't like buffets: One is the community serving spoon. Think of all the hands that touch the end of a serving spoon at your favorite buffet style restaurant. Now assume that over half of those hands belong to people who are not avid hand washers. Oops! Someone let the entire serving spoon slip into the cornbread casserole. That handle has more bacteria and virus bugs on it than a CDC petri dish. And now it's in the food. But that's not the scary part. Sometimes the serving spoon falls into the food and you are NOT there to witness it and therefore avoid it. The next person simply pulls the spoon out and continues to use it. Unless you are the very first person in line, you are at risk of getting dirty serving spoon food.

Side note: Don't eat samples unless they are served in individual containers. There's no point to name names because it happens everywhere, but while walking through an upscale food place, I witnessed three children with congestion issues crowd around the sample table. One by one, they scooped a spoonful of treats into their mouths and returned the sample spoon back into the bowl of sample treats. Then seconds later, two high society ladies, deep in conversation, scooped the remainder of the sample treats into their hands using the same spoon. I wanted to say something, but I couldn't bring myself to tell those two classy ladies that they just ate booger candy. You can't really place blame on the young kids. They were simply obeying the most commonly enforced rules while eating: Don't eat with your hands! Use your silverware! Unfortunately, I don't think their parents clued them in on the exceptions to those rules.

The other reason I don't like buffets is the fact that the sneeze guards are not low enough to block sneezes from kids. Makes you stop and think for a bit, doesn't it?

As a mother of two lovely children, I vow to you, the general public, to always assist them while in a buffet line to ensure they do not commit those two heinous infractions. Yes. Even after all my complaining about how gross they are, I'll still eat from buffets. Buffets are everywhere: Children's birthday parties at the local All You Can Eat pizza place, weddings with buffet style dinners, breakfast buffets at hotels. You never know... I could be a finalist on When Was The Last Time You Washed Your Hands?! and Alex Trebek could tell me I just won an all expense paid tropical cruise for a family of four. And everyone knows that a cruise ship is really just a giant buffet on water. 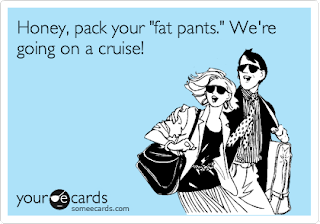 Posted by Terese Lavallee at 4:51 PM

Labels: Alex Trebek, B and B, Cruises, How to be the Perfect Mommy, The Joy of Raising a Daughter

All the fine people stopping by:

Where do they come from?